Franco “Bifo” Berardi is a writer, media theorist, and media activist. He founded the magazine A/traverso (1975-1981) and was part of the staff of Radio Alice, the first free pirate radio station in Italy (1976-1978). Like other intellectuals involved in the political movement of Autonomia in Italy during the 1970’s, he fled to Paris, where he worked with Félix Guattari in the field of schizoanalysis. Contributor to journals such as Semiotext(e) (New York), Chimères (Paris), and Archipiélago (Barcelona), he is the author of many books, including The Soul at Work (MIT, 2009), Futurability: The Age of Impotence and the Horizon of Possibility (Verso, 2017), Breathing: Chaos and Poetry (MIT, 2018), and The Third Unconscious (Verso, 2021).

This event is hosted by the Department of Romance Languages and Literatures and the Marxisms Collective.

Every year we run reading groups of Marx’s Capital. But we have not yet focused our collective capacities neither on Marx’s early philosophical writings nor on his political writings. That will be the focus of our reading group in the upcoming year.

If you would like to join us, please email alejo at umich dot edu

This year we will focus on working through Alain Badiou’s Theory of the Subject.

If you would like to join us, please email alejo at umich.edu 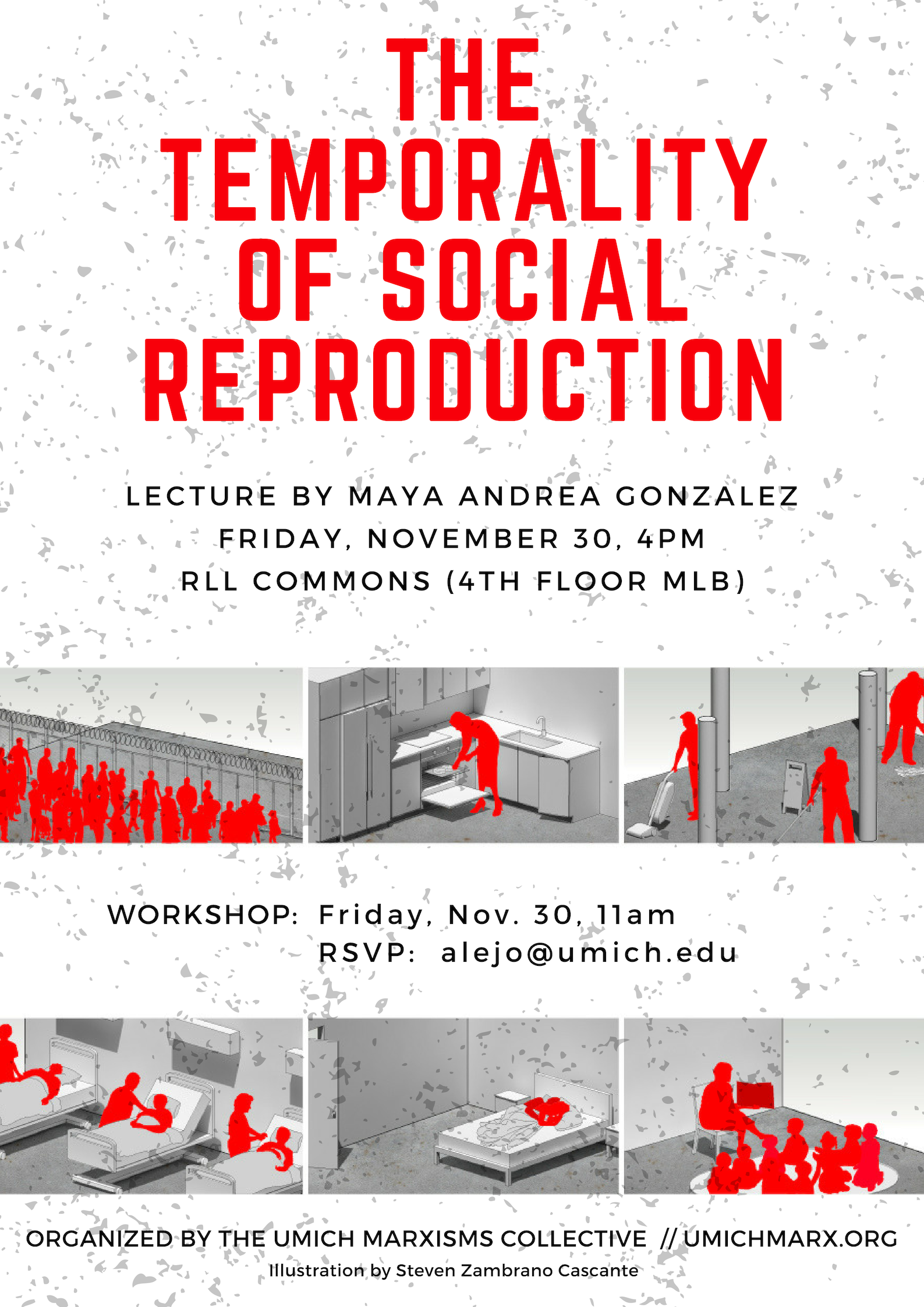 Audio of February 8, 2018 talk with Sandro Mezzadra at the University of Michigan. Coordinated by the marxisms collective.